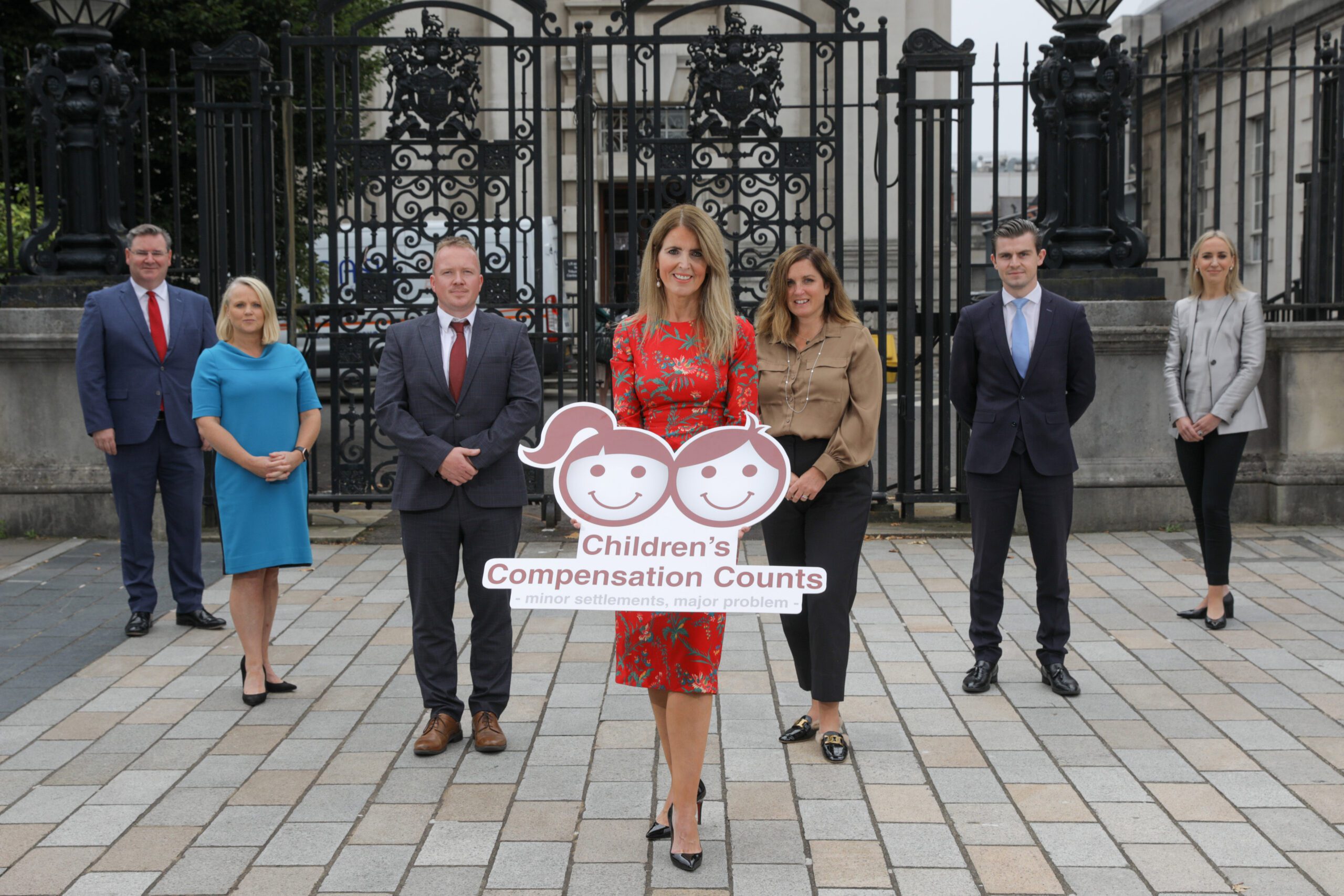 Following a five-year campaign by personal injury lawyers and recommendations from Lord Justice Gillen’s review of Civil Justice in Northern Ireland in 2017, the Department of Justice has opened a Consultation on mandatory Court approval of Children’s Compensation Claims.

Members of the legal profession are calling upon interested parties and stakeholders to take this opportunity to make their views heard and ensure an end to the abuse of rights for children and young people in Northern Ireland.

As part of the Children’s Compensation Counts campaign, Maurece Hutchinson, Managing Director of JMK Solicitors says: “This consultation is so important as it’s about closing loopholes for compensators, typically insurance companies, with regards to vulnerable children and ensuring the right amount of compensation goes to the right person.”

Open until 24th September 2021, the Consultation is asking if Government should legislate to compel court approval of settlements of compensation for children in cases in which legal proceedings have not been issued.

The overwhelming view of the legal profession is that this Consultation is long overdue.

Currently, insurance companies representing the ‘at-fault party’ may offer a sum of compensation directly to the parents of the injured child, and this can be accepted without obtaining court approval and sometimes without seeking legal advice.

This effectively means that insurance companies take over control of the compensation process without ensuring the injured child’s rights are independently protected.

Maurece Hutchinson continues: “Insurance companies frequently liaise directly with a child’s parent or guardian on the settlement amount – often without important information such as medical reports – and without placing the compensation under the protection of the court until the child reaches 18. This can lead to the minor being inadequately compensated, and, on occasion, the compensation money not being available to the child when they reach the age of 18.”

Collective members of the legal profession are calling for it to be made mandatory that in all personal injury cases concerning minors, regardless of the amount of compensation, that a judge decides on an adequate sum that compensates the injured child, and that the agreed compensation is placed under the protection of the court until the child reaches the age of 18.

“The time is now to take action. We have waited a long-time for this consultation that will, if successful, compel court approval of settlements of compensation for children,” says Darragh Mackin, Solicitor, Phoenix Law

Darragh continues: “The consultation also asks if a financial threshold should be applied, and as a profession, we do not believe that a threshold is needed as ALL settlements, regardless of the sum, should be approved by the Court.

“Several thousand pounds may not be considered as a lot to multi-billion pound insurance companies but it’s a significant amount for a young person to receive when they reach the age of 18 and should be comprehensively protected regardless of the value.”

Members of the Children’s Compensation Counts campaign are calling upon people to take a short amount of time out of their day and complete the consultation as it will have a lasting impact on thousands of children’s compensation settlements in Northern Ireland in the years ahead.

Lois Sullivan, Solicitor, MacElhatton Solicitors and member of the Association of Personal Injury Lawyers concludes: “The insurance industry will have been hoping that this Consultation would go under the radar, but the entire legal profession is united in its view that Court approvals are the only way to make settlements in cases involving minors legally binding. This is why so many of us are joining this campaign to highlight this issue.

“It is abhorrent that in many cases, insurance companies, representing the ‘at-fault party’ are the ones deciding on what is an adequate amount for compensation— and putting parents on the hook for the abuse of their child’s rights This is not in the best interests of the injury party or their family. A change to the law will ensure that the right amount of compensation goes to the minor and is protected in law until such times as they need to access those funds.”

For further information on this Consultation, see www.ChildrensCompensationCounts.co.uk