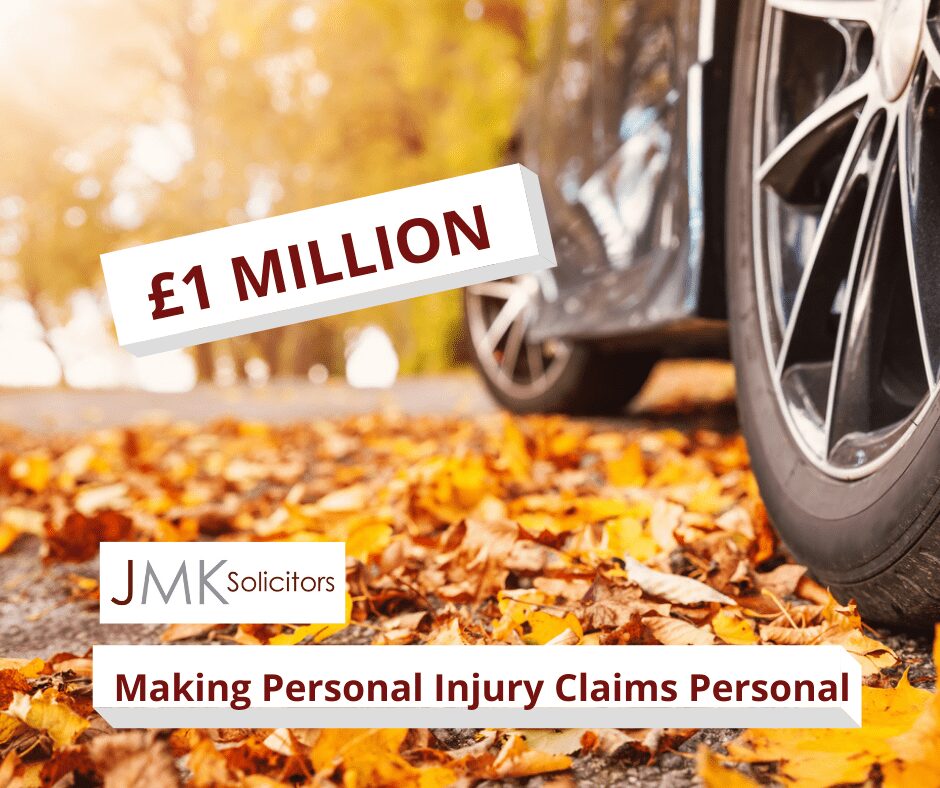 James was driving home in the dark one Autumn night when he was involved in an accident. As a result, he sustained serious injuries including amnesia, so he had no memory of the circumstances at all. As far as could be established there was no other vehicle involved and there were no witnesses. Evidence from the police who attended the aftermath indicated that James had lost control of his car on a slight left-hand bend at a speed of perhaps 50 mph. He subsequently slid along a grass verge, hit a bank, and his car rolled at least twice. It was clearly a traumatic event inflicting a significant injury.

The police evidence indicated that road conditions were damp and that there was a lot of grass, mud, and debris on the road. These conditions were considered to be a ‘contributory factor’ in causing the accident. On the assumption that the dangerous road surface had been left that way by another vehicle, who could not be identified, JMK Solicitors made an application on James’s behalf for compensation to the Motor Insurers’ Bureau (MIB). The MIB is an organisation formed to compensate the innocent victims of uninsured and untraced motorists.

Initially, the MIB put up quite a fight to avoid paying compensation. They said that they did not accept that the mud and road debris came from a motor vehicle, and they rejected the claim. JMK were not prepared to accept this finding and recommended that an Appeal be filed against the decision to deny the payment which was very badly needed by James who was suffering daily from his injuries. JMK worked extremely hard on his behalf to prove the case which could not be proven by James’s own evidence due to his memory loss.

The police constable who attended the accident scene provided additional assistance to confirm that he believed that the deposits on the road caused the loss of control of the vehicle and that the deposits had been left by a vehicle. He confirmed that ‘the mud on the road was also mixed with leaves and debris which would be consistent of those cut from trees or vegetation’.

At the Appeal, it was found that James’s injury was caused by or arose out of the use of a motor vehicle on the road and if the offending vehicle had been identified, its driver would have been held liable for this accident and therefore James was extremely relieved to win his Appeal for the compensation he deserved which should never have been refused to him.

Multiple medical reports were obtained from up to fifteen different medical experts, specialising in a variety of fields to detail James’s extensive physical and psychological injury. In addition, expert evidence was obtained to assess his financial losses from never being able to return to work as well as for the support he needed at home to manage his condition.

Case settles for over £1 million compensation.

A seven-figure settlement sum was eventually negotiated and happily, James can continue with his recovery safe in the knowledge that he doesn’t need to worry financially because of the fantastic outcome JMK Solicitors achieved for him. James’s wife wanted to thank JMK for all the hard work and many hours invested in his case.  She said “We will never forget the genuine compassion and thoughtfulness [JMK] displayed to us at some of the hardest times in our lives. I have no idea how we managed to get through it but we are very grateful for all [JMK’s] help over the years.”

Our personal injury claim experts can help you too