Leading figures from the motorcycling and cycling sectors came together for the first time for a legal seminar on the growth of collisions involving those on two wheels. The event took place in Newry and was organised by the Northern Ireland Young Solicitors’ Association as part of the annual event plan.

Seamus O’Neill, from JMK Solicitors, who helped put the event together said “JMK Solicitors were delighted to support this significant event. We deal solely in the area of personal injury claims and have noticed the increase number of claims involving cyclists and motorcyclists.

“We were delighted that the NI Young Solicitor’s Association agreed to hold this event in Newry and the feedback has been so positive that we may run it again in other areas”.

The phenomenal growth in the numbers cycling across Northern Ireland, has led to an increase in collisions. Indeed cycling Ireland figures show that their membership has grown from 2,000 in 1980 to 29,000 in 2016. Whilst there are now 138 clubs across Ulster. Geoff Liffey explained the work going on to improve cycling safety, what insurance cover cyclists should have and gave examples of some high profile cases defended by Cycling Ireland typical claims that arise from cycling.

Trevor Kirke, PSNI Bike Safe Co-ordinator, discussed the popularity of motor cycling and the role Bike Safe has in improving rider’s attitudes and behaviours. He also highlighted his personal thoughts on what motorcyclists should expect from their solicitor representing them after a collision.

Russell McLaughlin, Consultant in Emergency Medicine at the Royal Victoria Hospital, talked about number of motorcyclists and cyclists attending A&E, the nature of injuries and the outcomes of those injuries.

Marcus Donaldson, Barrister, spoke about what evidence is required to prove a case, what damages can be claimed for and relevant case law and statutory developments.

Established in 2003, JMK Solicitors operates from offices in Belfast and Newry, servicing clients from across Northern Ireland.
If you would like to contact JMK Solicitors, please call their Newry Office on 028 3025 7766 or Belfast office on 028 9032 0222. 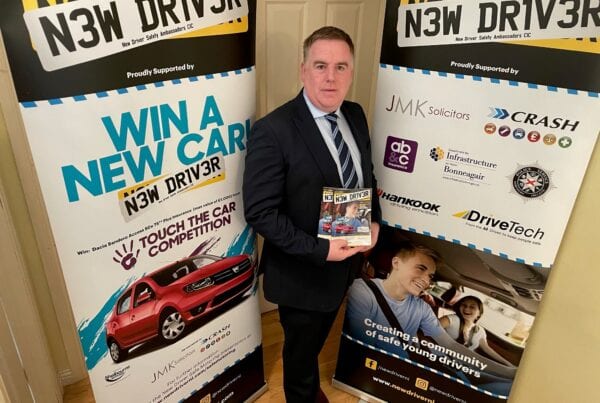 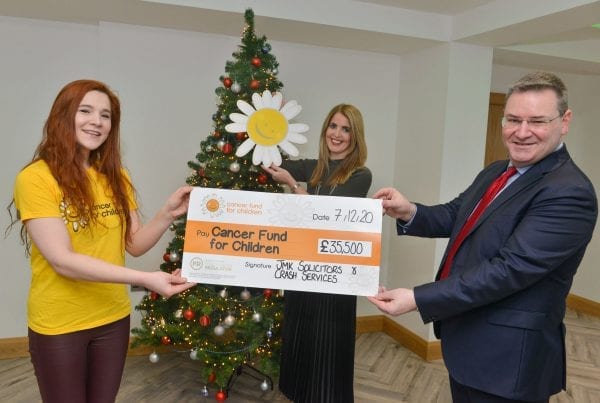 JMK Solicitors and CRASH Services raise over £35,000 for Cancer Fund for Children 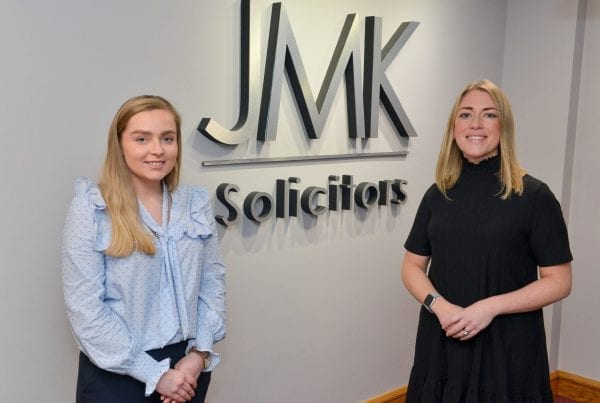